thedyingsirens is an indie rock music project from Jakarta, Indonesia, lead by Pugar Restu Julian (Uga) since 2002. He was a drummer and a founder of pop up, C’mon Lennon and Morning Bell (Radiohead cover band). He was also an additional drummer for many indie musicians/bands from Jakarta, such as Planet Bumi, Zeke and the Popo, SORE, Tika, Blossom Diary, the Sweaters, a Boy Named Santiago, Clover, Sugarstar and etc. thedyingsirens begins with Uga himself then gradually changes to be a musical collective involving many different musicians on stages or during the recording process. 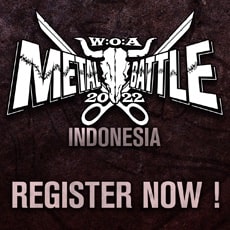